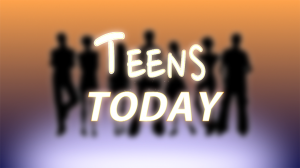 Teens Today is an exciting new program where San Mateo County teens ages 16-19 will share their thoughts on the issues, challenges, and opportunities in today’s rapidly changing world. The program will be broadcast on cable television throughout San Mateo County, as well as streamed on the Internet, at www.pentv.tv

During each episode, host Stacie Chan, former Peninsula editor of patch.com and current Partner Operations Manager for Google News, will talk to teenagers about a wide range of topics that impact them, their friends, their families, and the community. The program will also feature discussions with educators and other community leaders who work with today’s teenagers, to get their thoughts and perspectives as well.

Peninsula Television would like to sincerely thank and acknowledge Yahoo for providing grant funding to produce Teens Today to bring this important and timely content to the community.

Critics in the media and Generations X and Y have lamented the lack of civic engagement amongst millennials and the youth today. Yet in this age of information, teens seem more educated than ever before. They're also incredibly vocal about their opinions, and broadcasting them across numerous platforms is second nature. In this week's episode of Teens Today, we talk to high schoolers about their social activism, political engagement, and what gets them fired up about today's society.
Teens Today - Show 04

Social media has fundamentally changed the way teens today interact. Most teens of today's generation can barely remember communicating without the presence of social media channels as an option. The numerous networks from Facebook, Twitter and SnapChat make communicating closer to a complex dance. In today's episode, these teens from Sequoia High School explain the host of social media networks that allow them to stay more connected than over.

Teens today have vastly different experiences based on where they grow up. But, these five teens from Capuchino High School are exemplary of a new normal on campus. According to the school's Assistant Principal, graduating seniors heading to a four-year college used to be the exception, but now, they're the norm.

In today's episode of Teens Today, we take a look at what it takes to achieve this "new norm" of overcoming obstacles at school and at home, digging deep, and receiving that coveted diploma.

Questions about voting in the recall? Here's a short video with the answers!
Vote!
For more info visit http://smcvote.org