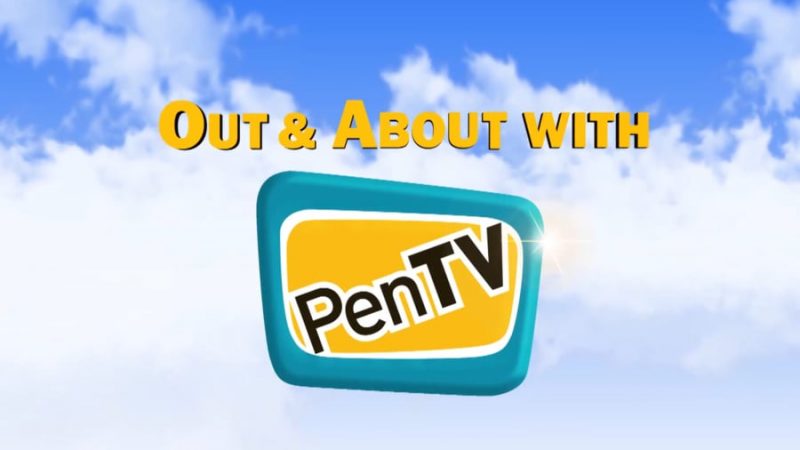 It’s Out & About with PenTV, the new tiny show-within-a-show that explores the local events and more of San Mateo County. Sit back, relax and enjoy as they become part of our lineup!

Samaritan House unveils its new logo and truck.
Out & About - 109 - Burlingame Pet Parade on Broadway

It's the latest Out and About with PenTV, this time at the San Carlos Hometown Days Parade in 2019! See highlights of the many local community participants, including students from Central Middle School and St. Charles, plus Parca, Chicken's Ball and Congresswoman Jackie Speier! Recorded 2019.05.18
Out & About with PenTV - 107 - BraveMaker RWC

Out & About with PenTV - 104 - San Mateo Central Park Music Series

Out & About with PenTV - 103 - Foster City Summer Concert

It's the third episode of Out & About with PenTV! This time, we're in Foster City for their Summer Concert Series.

Hear from both Ariel Cherbowsky Corkidi, Program Director, and Paul Bouscal, President, of San Bruno Mountain Watch as they take you on and around the mountainside and quarry, as well as to the community Mission Blue Nursery, flora and dunes in Brisbane.

In our first episode, watch locals enjoy the "Music in the Park" event at Burton Park in San Carlos! Recorded Aug 10, 2018.

New History Maker! The San Mateo County Historical Association will honor “Champion of the Underdog” attorney, Joe Cotchett, as its 2021 History Maker on September 10. Call 650-299-0104 or visit for information.

We are pleased to announce that Joe Cotchett is our 2021 San Mateo County History Maker. Please join us to celebrate this renowned attorney.